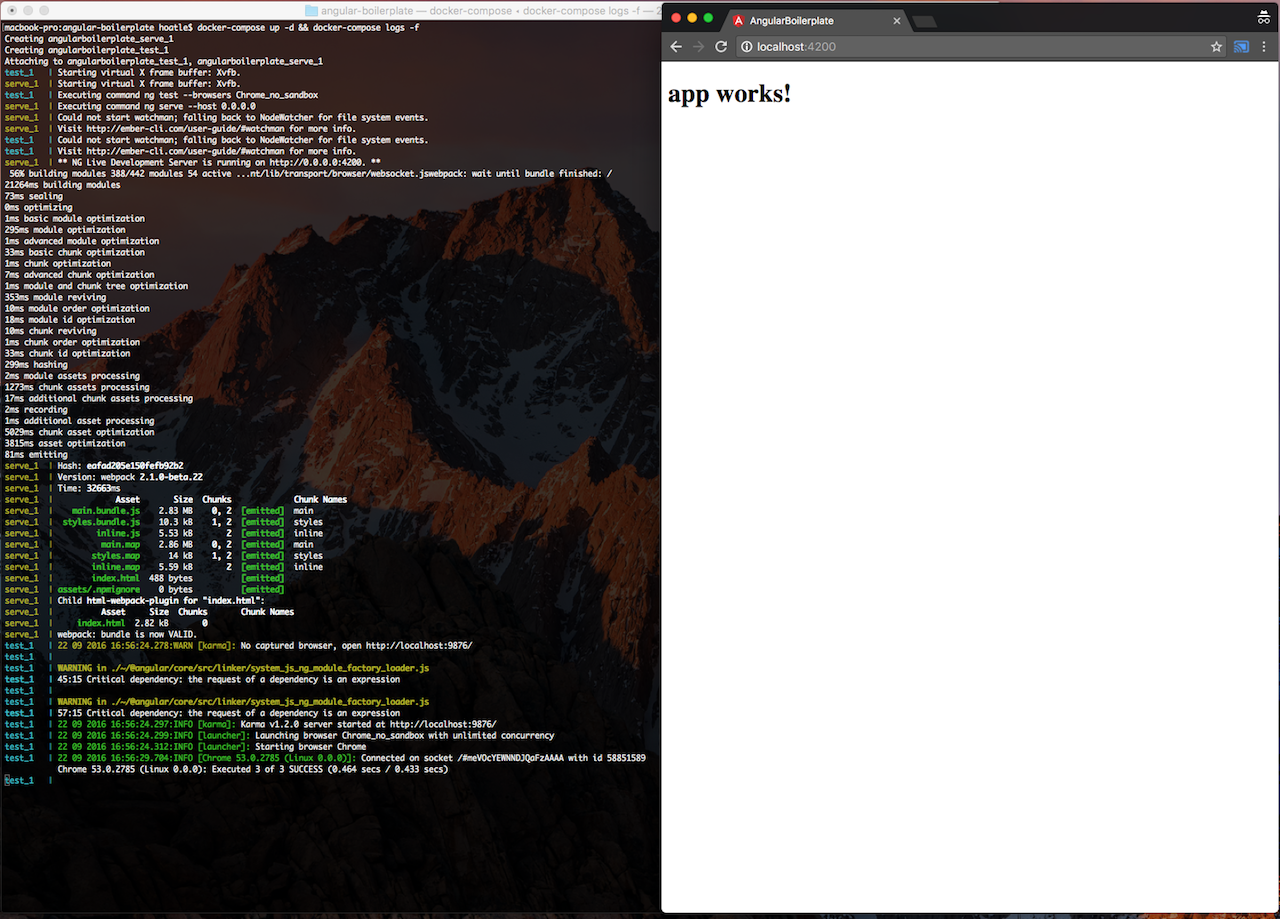 Everyone who is new to Angular 2 usually has many difficulties to get started with it, even with the getting started article from the Angular 2 official documentation. That’s the reason why angular-cli is created to ease the pain. angular-cli is a great CLI tool, however, it takes a lot of time to get it working by installing nodejs and angular-cli. Luckily, we’ve created docker-angular-cli project to build a Docker image so that anyone could use it right away for any Angular 2 projects without the hassle of installing nodejs and angular-cli. This guide will help you get started in the most easily and convenient way. It’s assumed that you don’t need to master Docker but only require that Docker is installed on your machine and you could follow the instructions below.

After that, you should be presented with bash console for the docker container. Use ng init to init a new project.

You should see the <project-name> yourself. By default, the style file is css. I recommend using scss extension for style files.

For easier setup with best practices, you can combine the 2 steps above (1 + 2) with:

To run the unit test with Karma and Chrome, follow:

and you should see the unit test running on Chrome browser pre-installed on the Docker image.

To exec some commands, for example:

or for installing more npm packages:

or for running unit tests:

You can exec any commands on the running container.

Or if you want to open a new ssh session, open a new terminal window, and execute this:

And now you can execute any commands you want.

That’s it. Now you should start developing Angular 2 applications more easily with docker-compose and angular-cli by using docker-angular-cli.

You can follow the following tutorial to create a simple todo application: https://www.sitepoint.com/angular-2-tutorial/

If you need any consultancy or outsourcing, don’t hesitate to contact us. We’re eager to build world class web applications for you!